CETINJE - the Old Royal Capital of Montenegro, founded in the 15th century is located at the foot of Lovcen mountain, far enough and hidden from an enemy sight, yet close enough and open for all friendly people. You will discover the story on Montenegrin history through the riches of historic edifices and museums in the “valley of gods”.Cetinje has been the capital of Montenegro for centuries. It is believed to have been founded by the ruler of Zeta Ivan Crnojević, who fled the fortified town of Zabljak before the Ottoman invasion and built his residence in the rock-bound Cetinje plain below the Mt. Lovćen in 1482. Two years later he built a monastery at the site of the present church in Cipur. With the erection of the palace and the monastery, the new capital, named after the small Cetina River running through the plain, was established. In 1485, Ivan Crnojević moved the seat of the Zeta Metropolitan from Vranjine to the newly erected monastery, thus turning Cetinje into both the secular and the spiritual centre of Montenegro. In 1493, Ivan’s son, Djurdje Crnojević, established in Obod and, later, in Cetinje the first printing press in the Slavic south, where church books were printed in Cyrillic alphabet and were illustrated with drawings of exceptional beauty.

If you want to explore Cetinje go straight through the labyrinth of roads the aristocrats of Europe showed off on. Hear the life in the Palace of the King Nikola Petrović, where the princes forged maiden dreams about future. Under the centennial lime trees, see how the moon “pours magical rays, stirring secret feelings” in the legacy of spiritual ruler, great thinker and poet Petar II Petrović Njegoš. Take a look at the first billiards in his Biljarda. For the state purpose Njegos built Biljarda, a building (monastery) that took its name after the pool (billiards) that this exceptional poet, metropolitan, philosopher and statesman liked to play. Cetinje abounds in museums, as well as the Art Academy, parks and from Orlov Krs there is great view of the city and the mountain of Lovcen. Another very popular historic site is Cetinje Monastery, which is situated in the immediate vicinity of King Nikola`s Castle and Njegos`s billiard pool hall. It represents the most important sanctity in the town. It was built in 1701 by Bishop Danilo  Petrovic. Before Biljarda was built, the monastery was the residence of Prince - Bishop Petar II Petrović Njegoš. Many decisions determining the fate of the Montenegrin people and the state were made in the Cetinje Monastery through the ages. Today, Monastery complex is the center of the Montenegrin spirituality and culture. It has one transept church of modest dimensions, dedicated to Holy mother of God. There is also an iconostasis from the XIX century the work of Greek masters. In the church, there is a reliquary with the remains of Sveti Petar Cetinjski (St. Peter of Cetinje), and in front of the church there are graves of Prince Danilo and Governor Mirko Petrovic. From the north side of the monastery is the St. Peters cell, and in the south we can see two floored monastery sleeping palace. Monastery museum is placed in Njegos overnight staying place, which by richness and diversity of the exhibits is a kind of a museum institution. In the chambers of the museum there are various glass cabinets in which valuable and precious exhibits are preserved and some of them are made of precious metals. Among the famous ones we can single out: epitrachelion of Sava Petrovic from the XIII century, the crown of Stefan Decanski from the XIV century, flag of Balsici from the XV century and the symbols of Crnojevic also from the XV century. Beside the church priest’s garment of the rulers of the Montenegrin dynasty Petrovic, in the museum collections there are some items preserved, made of gold and silver, with the ornaments of half precious and precious stones on them. There is also one more interesting historic site nearby, Vlachs Church, built in 1484. In this church you can see an iconostas is in the rich wood carving which was made by Vasilije Djinovski in 1878. The church yard is enclosed with the unique fence made out of pipes of the rifles that were confiscated in the wars against the Turks. And all this will just scratch the surface, as every wing treasures its own secrets. There are even three great relics in the town at the foot of Lovćen: the icon of Our Lady of Philermos, the hand of Saint John the Baptist and the particle from the Holy Cross.

Although Cetinje is no longer the capital of Montenegro, it has never ceased to be its spiritual, educational and cultural centre. Today, Cetinje is the town of museums, archives, libraries, galleries, art biennials, and university institutions. It is a town that has preserved the past centuries for the future. 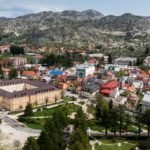 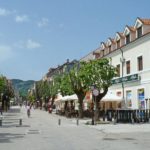 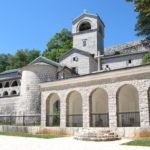 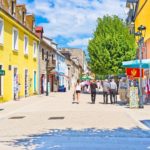 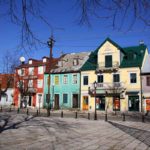 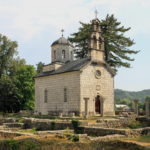