Kotor – Prcanj – Our Lady of the Rocks – Perast – Kotor

Visiting Prčanj, you will enter a totally different world. Just like many other villages on the shores of Kotor Bay its prosperity was based on maritime activities, on marine shipping, its fast ships and skilled seamen. One of Prcanj’s most primacies is that it’s the birthplace to Ivo Visin (1806), a sea captain, the first South Slav who circumnavigated the world with its sailing ship “Splendido”. For this undertaking, he was decorated with a flag of honour “Merito navali” by the Austrian Emperor Franz Josef, the greatest Austrian maritime decoration ever awarded. Prčanj gave numerous scientific workers, artists, sea captains, medical doctors, musicians, politicians, priests and bishops, who have left deep traces in the history of this settlement, and beyond.

Let us give you an opportunity to taste the life of a long time ago through first-hand experiences. Come with us and become a citizen of the middle ages. Located in Prcanj, on the coast in a beautiful and fully preserved monastery, a cloister built in the late 18th century dedicated to St. Nicholas, the only and last preserved monastery of its kind in Montenegro, offers an absolutely unique ambience that tourists here have not had a chance to see. Just as medieval society was divided into those who worked, those who prayed, and those who fought, so the skills in which visitors are tested are divided into three:

The museum also exhibits an extremely valuable collection of votive paintings of Sailors from Prcanj, the second largest in our area, and one of the greatest in the world when it comes to maritime votive images of this style.

One more monumental edifice in Prcanj is The Virgin Temple dedicated to the Birth of the Holy Virgin, built in the Renaissance-Baroque style, according to the design of the Venetian 18th century architect, Bernardino Macaruzzi. Space-wise this is the largest sacred object in Boka and one of the largest in the Adriatic region. In the treasury of the church, there are numerous artworks of famous painters, and there is also the honourable flag "Merito Navale," which Ivo Vizin received from the Austrian emperor in 1859 as the first sailor who sailed the world under the flag of Austria.

PERAST AND OUR LADY OF THE ROCKS

Perast, is a fascinating town in the Bay of Kotor with rich maritime history, countless baroque stone palaces and two jewel-like islets in front. The town itself resembles an artistic and carefully planned mosaic put together by dozens of grand stone palaces, churches, houses, squares, stairs, plateaus, fort on the hill and two islands in the sea. With its back leaning on the barren hills of the mainland, people from Perast primary focused their sons to the sea to be sailors, officers and captains, ship-owners, Maecenas and warriors through history. The glory of the captains of Perast rattled throughout the Mediterranean Sea. Already known as brave and skilled seafarers throughout Europe, Marko Martinović professor and founder of the first Nautical School educated in 1698, 17 Russian marine cadets for the Russian fleet Peter the Great. However, Perast had already had an operating shipyard in the 12th century. By the end of the 18th century, prosperous years of township and maritime history, Perast had over eighty merchant and war ships.

During this time more than a 100 sailing ships had the name Our Lady of the Rock, in honor to the protector of seafarers. The artificial island Our Lady of the Rock is the most important catholic sanctuary in the Bay of Kotor. The island grew around a small crag rising above the sea where, as the legend holds on June 22, 1452 the icon of Holy Mother of God was found. Generations have deposited stones and scuttled old ships to form the island that has today grown to 3000m². It is one of the most beautiful Maritime Museums in the world! The walls of the church are covered with more than 2.500 silver votive plaques donated by sailors representing their gratitude to Virgin Mary for keeping them alive on the sea.

The tour can be modified (shortened or prolonged) to suit your personal preferences and adjusted according to your needs and wishes.

The speedboat captain has the right to cancel, change, shorten or abort the tour at any time if safety of the passengers is at risk in case of bad weather.

This tour can be booked with licensed tour guides speaking English, Spanish, German, French and Italian. 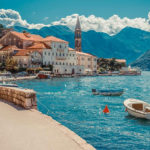 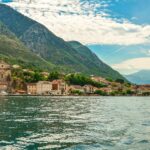 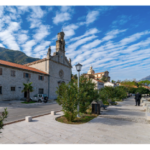 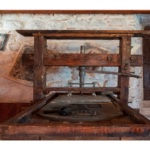 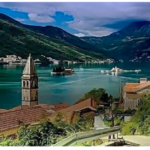