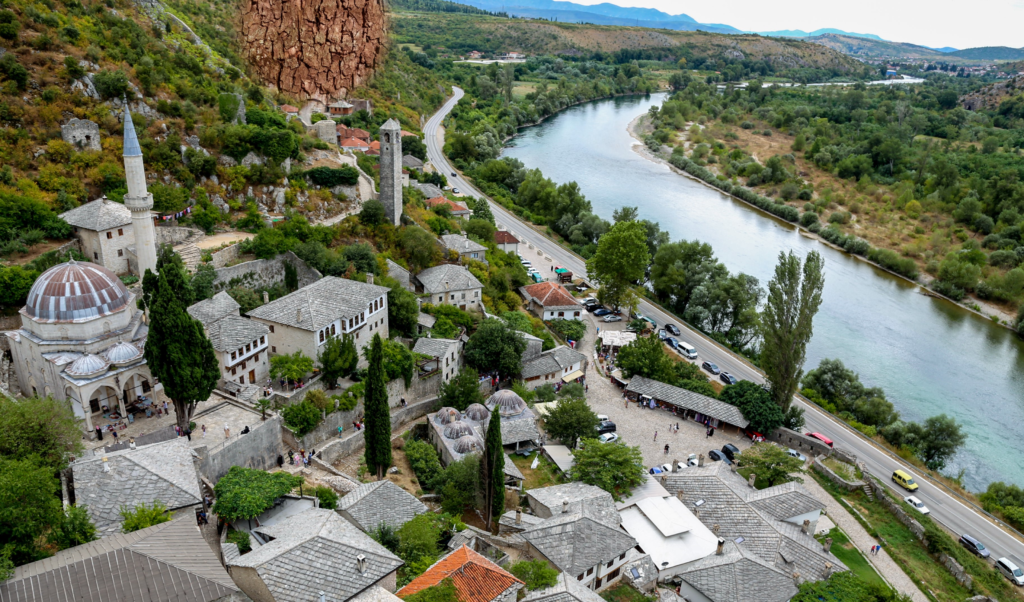 Resting on the left bank of the Neretva River, Pocitelj is a fortified medieval town that remains close to its original form. Established in 1383 by King Stjepan Tvrtko I, the walled town evolved through the 16th-18th centuries and show cases both Ottoman and medieval influences in its architecture.

The site is structured into different zones serving different purposes. The čaršija or bazaar, with its rows of small Oriental shops, a large Han (inn) of Sisman Ibrahim-Pasa and the public baths are located alongside the Neretva. Close behind the inn is the Medresa (Muslim religious high school) of Sisman Ibrahim-Pasaand the imaret or soup-kitchen. Above the medresa is the mosque of Sisman Ibrahim-Pasa , connected with the bazaar and school through one of its entrances/exits and with the residential area, housing, through the other. The residential area is laid out like an amphitheatre on the slopes. The entire group of buildings in Počitelj is surrounded by the ramparts. The minaret and the Sahat-Kula-Clock-Tower form two bold vertical accents in the landscape. Gornje and Donje polje or Upper and Lower Field are the gardens of Počitelj.

The differentiation of the areas of the site gave rise to a concomitant differentiation of roads. The frame work consists of the road that runs downhill to the river, meets the ramparts at a tangent, skirts the mosque to the south and west, runs between the school and the The Gavran Kapetanovic house, and continues through the lower gate down to Donje polje. A side road runs from the mosque to the school, the imaret and the hamam (the baths) and then through a small gate into Gornje polje. All the major public buildings other than the mosque and the clock-tower stand within the triangle formed by the principal roads.

While Pocitelj may seem abandoned at first glance, many of the staircases led to heavy wooden doors concealing manicured gardens and private homes. Apparently around 800 people still live within the crumbling walls. The unique mix of medieval Hungarian and 18th century Turkish architecture has placed Pocitelj on the UNESCO tentative list. 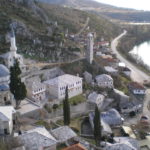 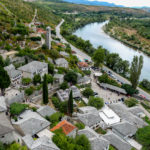 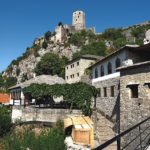 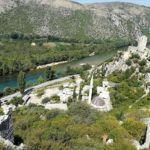 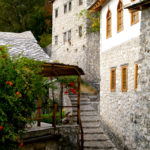