RISAN is situated in the northern part of BokaKotorska Bay, in the territory included in the UNESCO World Heritage List. It is the oldest settlement in Boka Kotorska. It is mentioned in the 3rd century B.C. as a fortified Illyrian town, the capital of the queen Teuta. After the fall of the Western Roman Empire in 476, Risan (Rizon) was the cultural and political center of the Bay, named Sinus Rhizonicus after it. Later on, the town belonged to the rulers of Zeta and Bosnia and Herzegovina, to the Dubrovnik Republic, then to the Turks, Venetians and Austrians. From the early history of the town, from the 8th century BC, some drawings on the wall of a cave close to the village of Lipci, some 500 meters from the coast, have remained.

ROMAN MOSAICS - The most interesting archaeological finds in Risan are the remnants of a larger, representative Roman housing unit with the mosaics from the end of the 2nd and the beginning of the 3rd century, located in the southeast part of Risan. The preserved floor mosaics are executed in the opus tessallatum technique that is, drawing, using pebbles of different colours, geometrical and floral ornaments against the white back ground. The mosaics demonstrate different artistic styles composed in poly-chrome geometrical patterns.  The only exception is the mosaic preserved in the north-eastern part of the building, the one with a floral pattern which contains figure representation of the reclining Hypnos, the god of sleep. It is one of the most important archaeological sites in Montenegro, and as such is designated as a protected cultural monument. 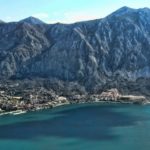 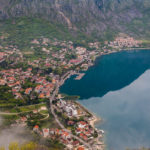 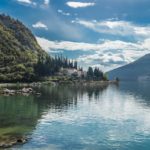 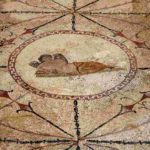 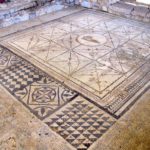 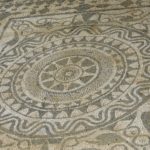 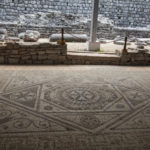