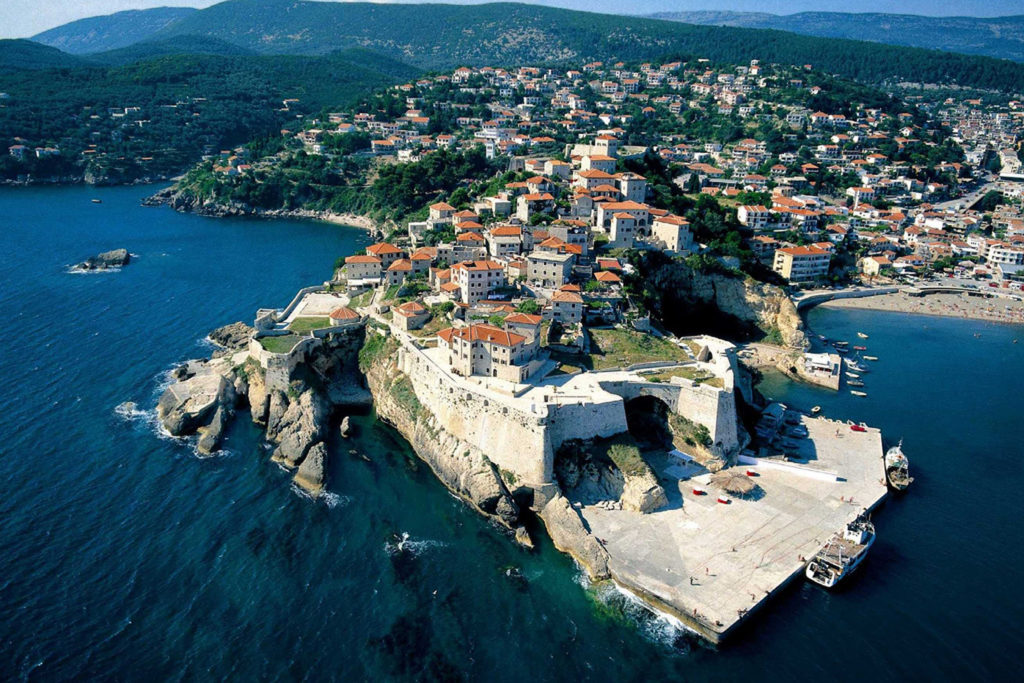 ULCINJ – The oldest city in the Adriatic Sea (over 2000 years) Ulcinj is the southern most city on the Montenegrin coast. The influence of the Orient and Western civilization has left a significant trace on this wonderful town. It was created in the 4th century BC. Apart from the Cyclops ramparts and the stone altar dedicated to the goddess Artemis, other archaeological findings also confirm the remains of Greek construction. The oldest citadel in Tito's Livy records is called Colchinium, and with Constantine Porphyrogenitus it is mentioned under the name Helcynio. The name of Ulcinj is in the papal writings from the 11th century. In the second half of the 14th century it became a part of Zeta and from 1396 it became the permanent capital of Balšić, whose castle still dominates the old town of Ulcinj and is part of a representative medieval construction in Montenegro. At the end of the 17th century, in the aftermath of his conversion to Islam,the Talmud reformist Sabatay Cevi, lived and died in Ulcinj, too, but as Mehmed, effendi. From 1571 to 1576, in Cita di Dolcino (old name for Ulcinj)  the famous Spanish writer Miguel de Servantes Savedra, was jailed. He is the author of the novel Don Quixote, who named his heroine Dulsineji after Ulcinj. For the servantes' ransom, pirates demanded a very large ransom, thinking that he belonged to nobility. Since the family had difficulty collecting it, he stayed in Ulcinj for five years. Today, the place where the slaves were sold in the Old Town is called the Slave Square or Servantes Square. In the era of Turkish domination, Ulcinj became a haven for pirates until its liberation and accession to Montenegro in 1880. The archaeological and ethnological exhibits of the rich cultural heritage of the city and the region are presented in the city museum, which is located in the Old Town. Old Ulcinj is 2 km away from the center of the new town. Narrow, steep, twisting, and layered with the threadbare cobblestones streets, still faithfully testify about all the epochs that have marked this town: reign of the pirates, Byzantium, Venetians, Turks. The Old town represents a real nest of culturally -historical heritage of Ulcinj. Beside the North gate of the town, on the central plateau, a museum complex is situated. The church dedicate to an unidentified Saint was built in 1510, and restored in 1569. In 1693, the Turks turned it into a mosque, and it now houses the Archaeological Museum of UIcinj. Behind the old Ulcinj`s museum is a “Tower Balsici”, one of the most representative objects of the medieval architecture in Montenegro. There is also a Turkish drinking fountain from 1749 nearby. In front of the South entrance of the town, the foundations of a former Orthodox Church Holy mother of God (XII century) later turned into a catholic church of St. Marko, are found. Ulcinj`s Old town, despite the numerous damages on the South side and low quality communal infrastructure, remains a I category monument and a candidate for the protection of UNESCO. In the consciousness of modern visitors Ulcinj is remembered as the easternmost west and the westernmost east as the entire town is a blend of the Mediterranean and the Balkan-Oriental architecture. 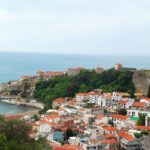 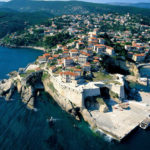 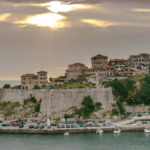